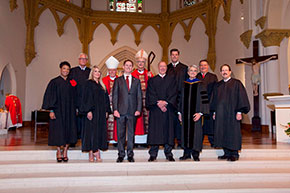 On September 24, 2016, Mike Regitz and Dustin Mauck attended the 2016 Red Mass at the Cathedral Shrine of the Virgin of Guadalupe and Dinner Reception at the Petroleum Club, where Richard Thompson, President and Chief Counsel of the Thomas More Law Center, was presented the Lifetime Achievement Award. Attendees of the ceremony, which invokes the guidance of the Holy Spirit in the deliberations of the courts and other endeavors in the administration of justice, included members of the judiciary, the bar, law faculty, and public officials. 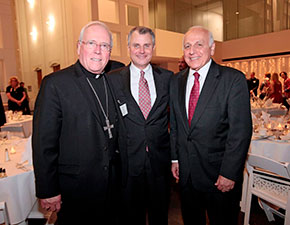 The 2016 Lifetime Achievement Award recipient Richard Thompson, shown on the right with Bishop Richard Malone of Buffalo, New York (left) and STMS President Stephen Rasch (center), previously served as the elected Oakland County, Michigan Prosecuting Attorney. He gained national prominence as prosecuting attorney for his uncompromising stand against Jack Kervorkian. In his current position, Richard directs a team of lawyers who are dedicated to the defense and promotion of the liberty of Christians, time-honored family values, the sanctity of human life, a strong national defense, and an independent and sovereign United States. 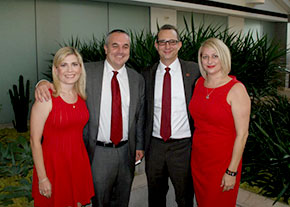 In addition to various guests that were able to join RegitzMauck for the event, Dustin and Mike had the privilege of escorting their lovely wives to the Red Mass and the Dinner Reception. The name of the Red Mass, which originated in Europe in the thirteenth century, comes from the red vestments worn by the clergy and the scarlet robes worn by the judges. Attendees of the Red Mass are encouraged to wear red (e.g., red ties for the men, red dresses for women). 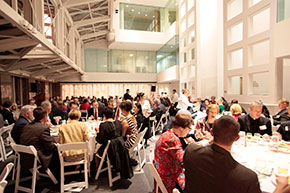