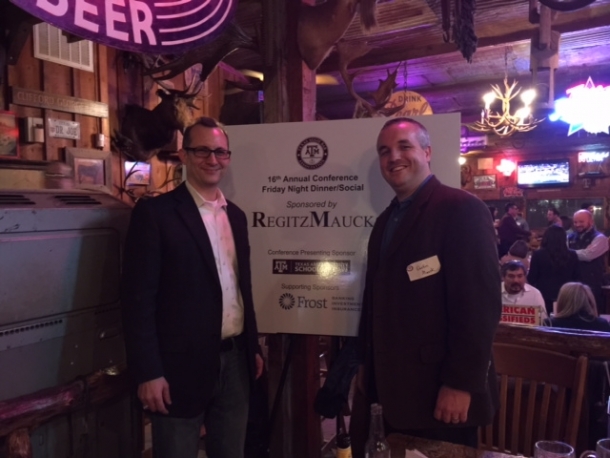 On March 6, 2015, RegitzMauck was proud to sponsor the Friday Night Social at the 16th Annual Conference of the Texas Aggie Bar Association. The event, which is the traditional opening of the Annual Conference, was held at the Chicken Oil Company in Bryan, Texas.